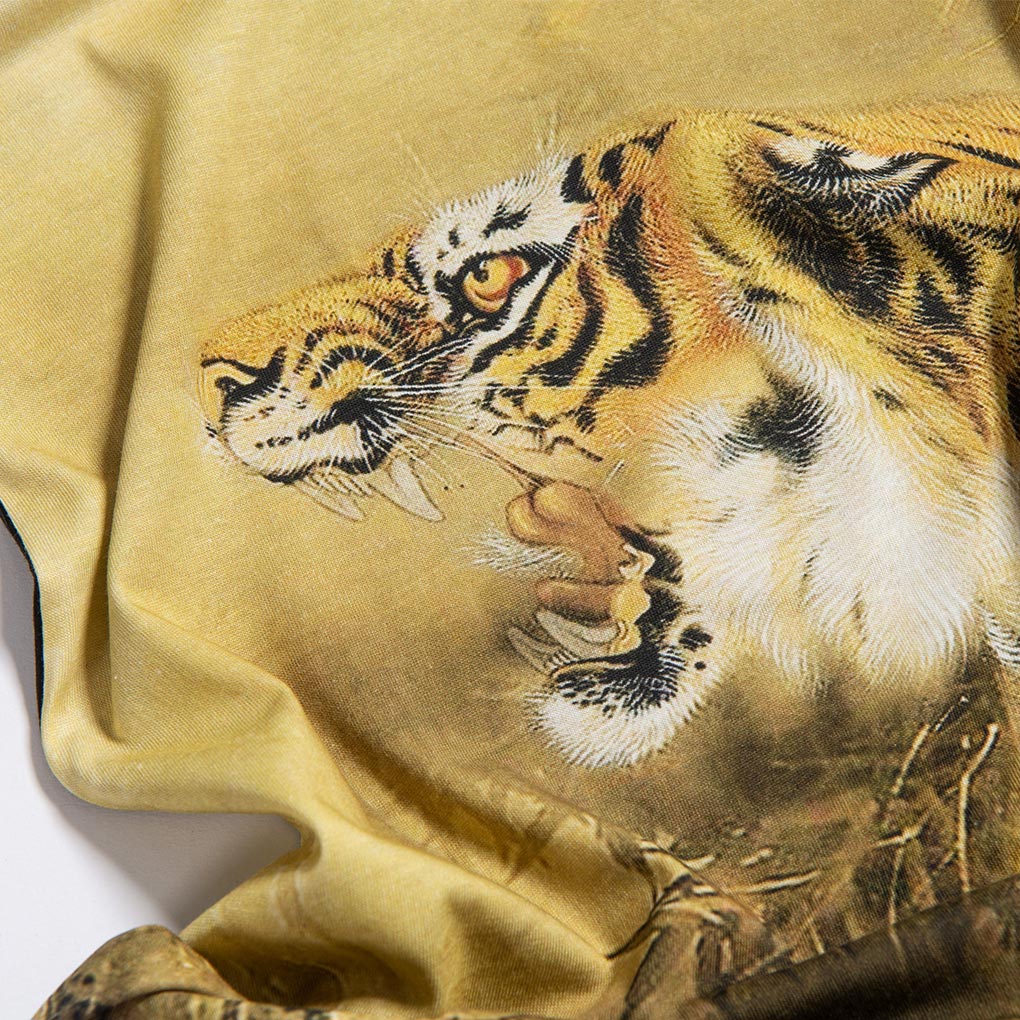 Born in Antwerp in 1958, Dries Van Noten is the third generation in a family of tailors. At the age of 18, Dries entered the fashion design course of Antwerp’s Royal Academy. On graduating, he began to freelance as a consultant designer before starting his own collection of menswear in 1986. Positive reaction was almost immediate with orders placed by prestigious customers like Barneys New York, Pauw in Amsterdam and Whistles in London. In September of the same year Dries opened a tiny eponymous boutique in Antwerp’s gallery arcade only to move in 1989 to ‘Het Modepalais’ a fivestorey former department store in the Nationalestraat which remains today. The restoration of the period building retained many of the original fixtures and fittings, including its name. Since its beginnings Dries Van Noten has presented collections for women and men for Spring/Summer and
Autumn/Winter each year. He celebrated his 50th fashion show in 2004 with a dinner for 500 guests seated at a table that later became the catwalk for the women presenting the collection. 2017 brings the 100th Dries Van Noten fashion show in March.

In 2007, Dries Van Noten opened his Paris boutique for women, followed in 2009 by a shop for both collections in Tokyo’ Aoyama district and in partnership with Tomorrowland.He debuted a shop for his collection for men in Paris also that year. In June 2008, the Council of Fashion Designers of America (CFDA) honoured Dries Van Noten with its International Designer of the Year Award. This was followed in December 2008 by the distinction of “Royal Designer for Industry” (RDI) from the RSA Trustee Board in London. In 2009, the Flemish Chamber of Commerce (VOKA) inducted Dries into the « Galerie des Eminents »; the Flemish Royal Academy of Belgium gifted
him with the Gold Medal (“Gouden Penning”), and the Couture Council of the Museum at FIT in New-York honoured him with the “Couture Council Award for Artistry of Fashion”. In May 2010 Dries Van Noten was invited to preside over the 25th edition of the “Festival International de Mode et de Photographie” of Hyeres (France), and in 2014 he presided the jury of the 7th “A Shaded View on Fashion Film” Festival (ASVOFF).

2014 began with the grand opening of Dries Van Noten, “Inspirations”, a first ever exhibition featuring his designs and influences at the Musée des Arts Décoratifs in Paris. Another configuration of the exhibit moved to Antwerp in 2015 and each welcomed record visitors. In July France decorated Dries Van Noten with the honour of ‘Officier de l’Ordre des Arts et des Lettres’ from Jack Lang, former French Minister of Culture and current President of the Institut du Monde Arabe. In August, Dries Van Noten Osaka opened its doors again in partnership with Tomorrowland. In October 2016, Dries Van Noten wins the Culture Award from The Province of Antwerp for his contribution to Culture.

Throughout his career Dries Van Noten has on occasion dressed actors for the Academy Awards, the Queen of the Belgians for state visits and designed for various contemporary dance companies including Anne Teresa de Keersmaeker and Justin Peck at the New York City Ballet as well as collaborating with artist David Michalek on his performance at the Brooklyn Academy of Music.